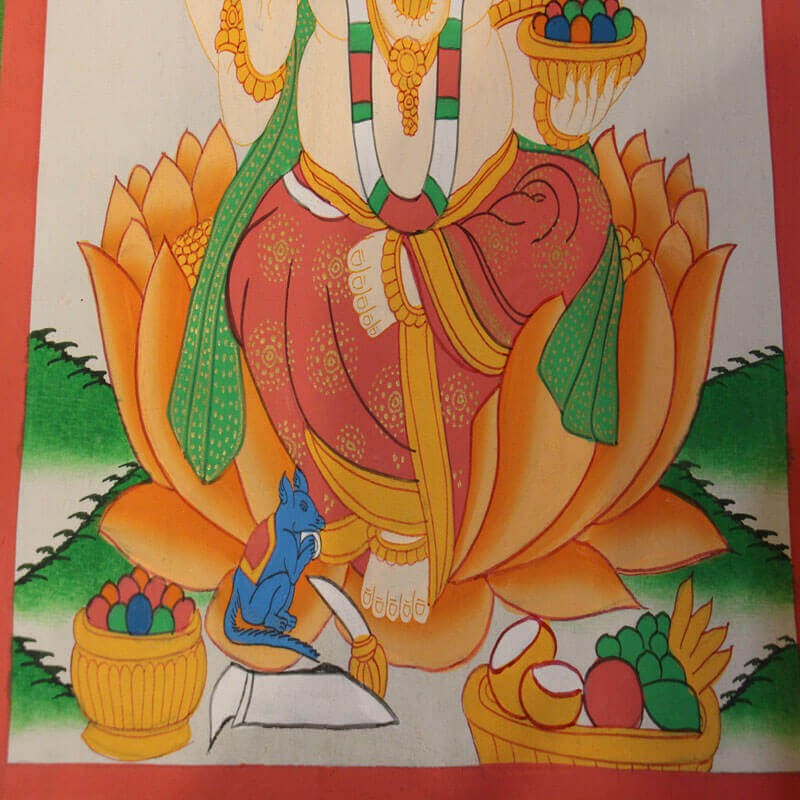 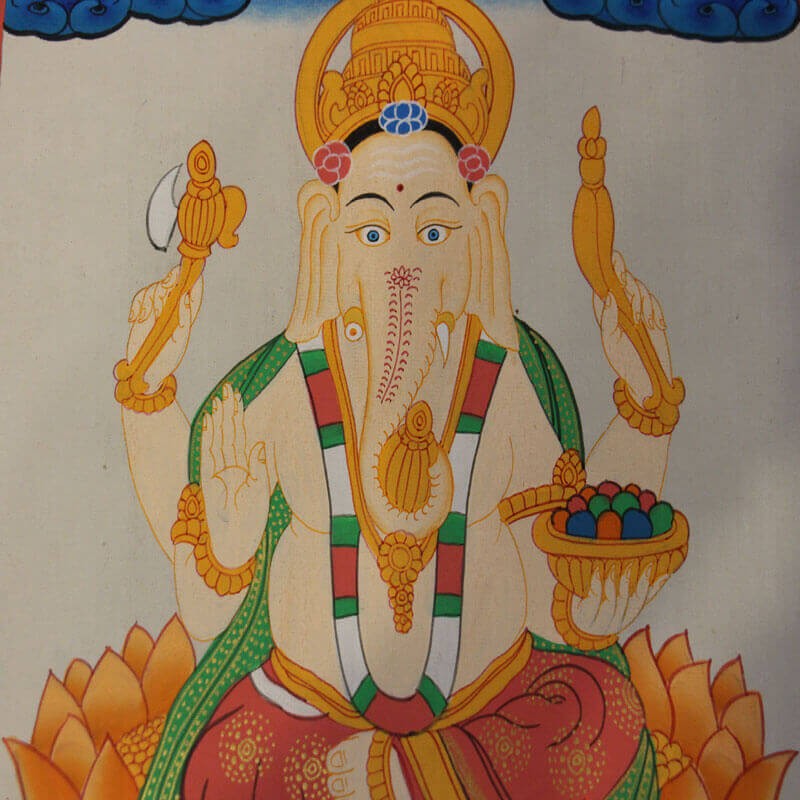 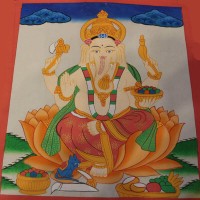 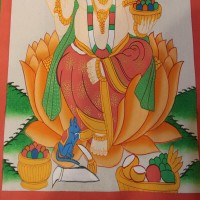 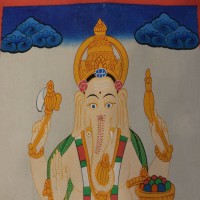 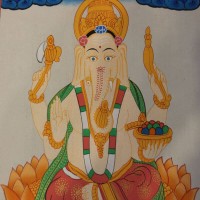 It is painted in soft silk cloth with distinguished color. This painting is known by Ganesh Thangka Painting.

Lord Ganesha is highly praised and worshipped god in Hindu tradition. Gana is initially worshipped or remembered prominently in Hindu community. Ganapati is one of the most notable and worshipped deities in the Hindu culture. Although he is known by many attributes, Lord Ganesh's elephant head is what makes many people, easy to recognize.

It is believed that worshipping lord Ganesha would remove all the obstacles around. As the God of beginnings, he is honored at the start of rites, rituals or ceremonies. The mouse along with him is considered as his his vehicle or Vahaan(Vehicle).